No replies to this topic

Hello people!
As you may or may not know, we have a new developer aboard, Alex, and he's already making a mark! A huge thank you to him for many of the updates that we provide you with today. Note that this is the BIGGEST update post yet! Both new content, item upgrades, functions and fixes are introduced in todays update. I'll just jump straight into it...
Bank & Equipment Interface
The bank & equipment interface has received an overhaul and is now more aesthetically pleasing. The character model also rotates 360 degrees now as opposed to previously. You may access the equipment interface directly from your bank too. With this update, your active drop rate boost is displayed on the equipment screen rather than by clicking the price checker button. The price checker button has been replaced with a quick-claim trading post button for Supporters or higher.

Inferno Change
Inferno has gone back to being one, final boss wave again with the difference that Zuk has more HP now and will spawn his healers a bit earlier. The HP percentages remain the same for the Jad/Healer spawns etc. as before. This update will also take care of the bug where the inferno would auto complete upon killing one of the rangers...Sorry about the confusion.
Item Hovers
You may now hover over boxes and keys in your inventory to quickly see some of their possible loot. You may also hover over custom items and pets to see their specific effects and functions. 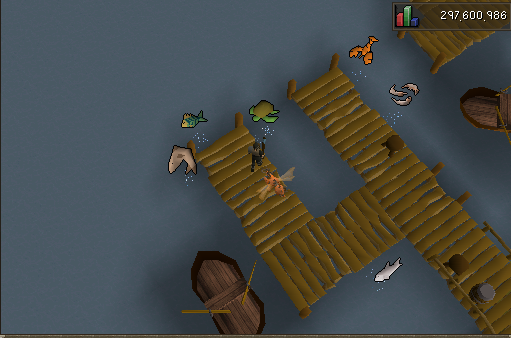 Motherlode Mine
The motherlode mine has been added and you may now mine for pay dirt to get XP and ores. No golden nuggets have been added as
the Prospector outfit is available in other ways. This is mostly a method to gain fast experience and a wider variety of ores. You can find a teleport there by scrolling all the way down on the skilling teleports tab. 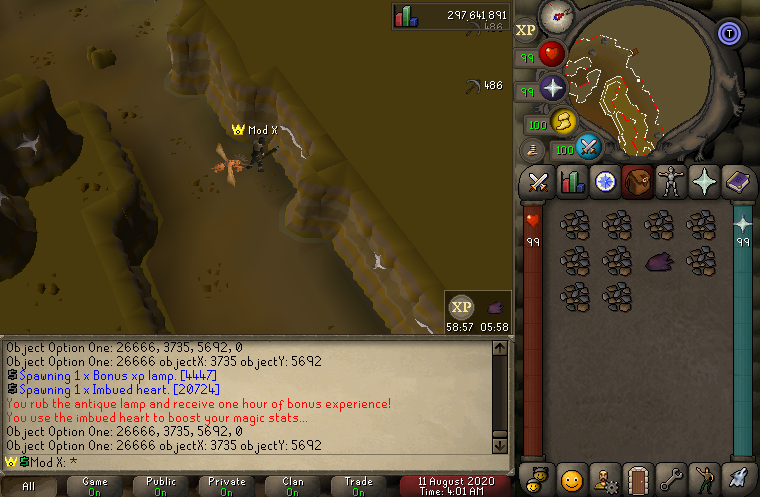 Kourend Diary
A start to the Kourend diary has been added. Most of the diary tasks are available right now, however there is an issue with the Dense mine map data which has delayed the release of it. Everything skill wise is finished but the objects are blacked out. Once we have replaced them you will be able to complete the full diary. You wont be able to access the interface for the diary until this is completed.
Item Upgrade System
A new item upgrade system has been added to compliment the item fusions. Note that any items failed in the item upgrade system will be consumed. Certain items have a 100% success rate in here such as the whip combinations and infernal pickaxe/axe. These are just there to show some of the possible combinations. More will be added to the interface later on. 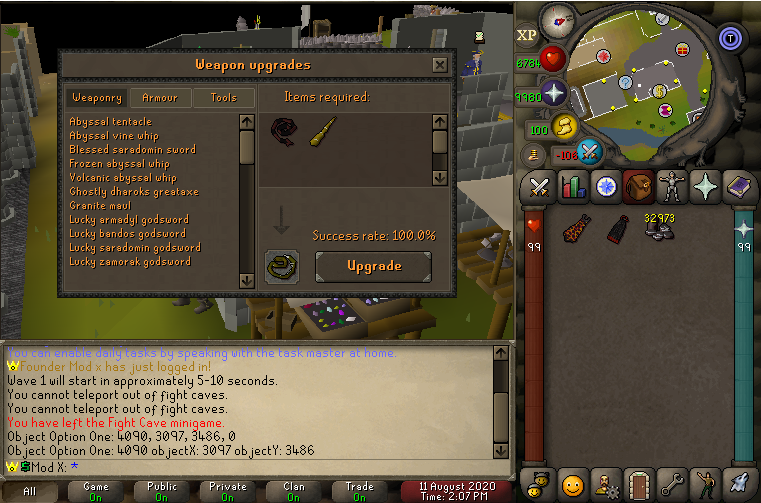 Volcanic & Frozen Whip
These two cosmetic whips have now received effects:
With this change, the prices of the respective upgrade kits in the bounty hunter store has been upped to 3 Million points each. Those who already had those mixes, well, you're in luck!

Lucky Godswords
The lucky godswords are cosmetic variations of the regular godswords but with an added +4 strength bonus, effectively increasing their potential max hit by 2. These godswords may be upgraded at a 33% chance by using all the items from their respective boss drop (e.g. full armadyl set + armadyl godswords for lucky armadyl godsword). Note that failing these upgrades will consume all these items.

Ghostly Dharoks
An upgrade on Dharoks has been added. This is a set that shares the stats of the regular dharoks set, however it has a 10% increase on accuracy when wearing the full set. It can be upgraded at a 33% chance by using 3 of each piece on the item upgrade interface. Good luck! 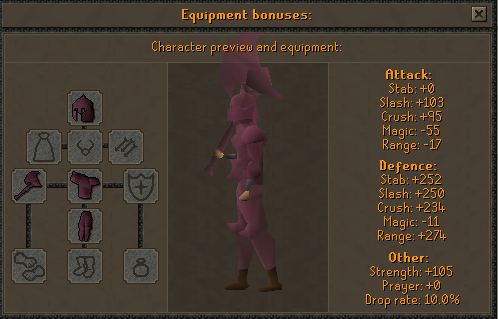 Elder Multi-axe
The elder multi axe can be created at a 25% chance by using a dragon pickaxe and a dragon axe on the item upgrade interface. It's the fastest both woodcutting and pickaxe in-game.
RuneLite tooltips
We've added the RuneLite tooltips to hovering items, objects and NPC's. These can be toggled on and off by pressing the maginifying glass in your advanced options.

Teleportation Interface
The teleport interface has received a more oldschool-ish look and has had some aesthetics fixed up, all courtesy of Alex. 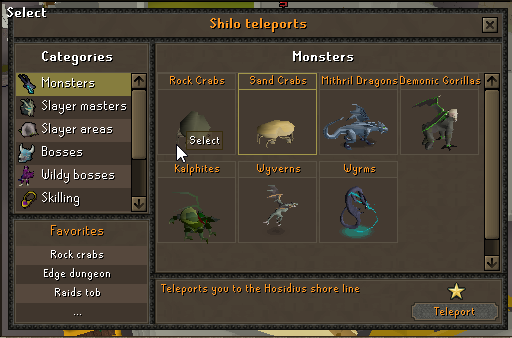 Tournament Fixes
Spellbook Swap
Players may now change their spellbook every 15 minutes with the use of their Magic Skillcape. This can be done anywhere on the map which makes it possible to teleblock someone and switch to the ancient spellbook whilst in the wilderness, for example.
Slayer Task Streaks
After receiving some feedback, I have re-done the slayer task streaks and the points they give a bit. The extra point rewards are now given as follows:
Misc. Fixes & Changes
Best regards,
X