Hello everyone!
Today, I bring you some very needed and sought-after updates/changes. The list is huge so I suggest you take your time to read through it. There might be some additions or changes that you have been waiting for!
Bank 1, 5, 10, X & All Buttons
The very much requested buttons from OSRS have been implemented into the game. Simply click one of them and the first option will always be that specific amount. This is very useful for skilling, for example when doing herblore you can set the value to 14 and just left-click your vials/herbs/whatever!

The Inferno Re-work
As the infernal cape is very sought-after and a best-in-slot item, we have decided to make the inferno slightly (only slightly) harder. With this update, we have wiped all infernal capes as well as pets aquired from gambling it. This to make it fair to anyone who will do the inferno after this point (any tokkul/items gained from the inferno before this point has been kept).
The inferno now has four waves rather than one:
With this update, I have also re-worked the way that Jad starts his animations. Before, the first animation would sometimes be a bit choppy making it hard to react in time to his attack. This should no longer be the case and you should now be able to spot his animations in time when he spawns. Best of luck on your infernal capes!
Resizable Mode Fixes
With this update, a few fixes have been applied in regards to the resizable screen mode. They are as follows:
Kraken Re-work
Trading Post Fixes
Combat Changes 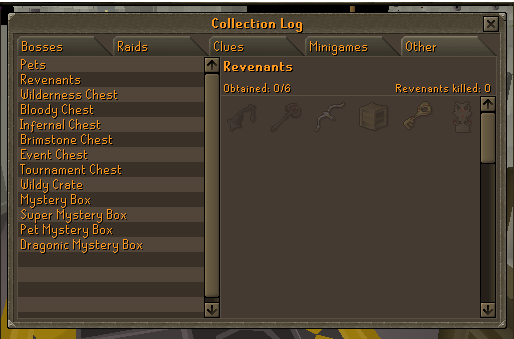 Skilling Changes
Bug Fixes
I hope you will enjoy these updates and sorry for the long wait!
Best regards,
X

Love it, definitely good changes for the server. Looking forward to trying to get my cape again.