Hello people.
I have considered a lot of your suggestions and bug reports over the past few days and done my best to swiftly implement what I think will enhance your overall experience. Below is a full list of changes in todays update:
Storage Space (UIM/Elite)

Ultimate Ironman and Elite Ironman accounts now have a 1/250 chance of receiving storage tickets when killing NPC's above level 110 combat.Once redeemed, they unlock one storage space in their safe storage box. You can also receive storage tickets through the donation store. These spaces may only be used to store untradeable items (pets, void, fire cape etc.). To access your safe storage box, simply use any bank around the world. Note that everyone starts with zero spaces.

Elder Chaos Druids
Long overdue, I decided to finally add the elder chaos druids to the chaos altar (the one in level-13 wilderness) where the wildy boss spawns. This to liven up the area and add some more excitment to it. They, ofcourse, drop the elder chaos druid robes. 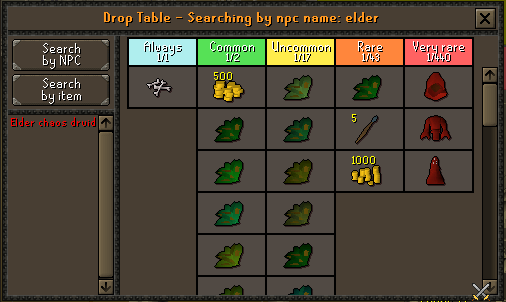 Combat Changes
Barrows Changes
Skilling Changes
Misc. Changes
I hope you will enjoy these updates, and look forward to more in the future

Amazing update overall. Glad to see you put in the updates we talked about, and then even more from the discord. Very nice!