Hello everyone.
I am finally back from vacation and can bring you a first update, mostly adressing important fixes & QoL changes. I will continue going through bugs and suggestions of yours whilst I start work on Raids 3 during this week so look forward to that! Anyway, todays changes are as follows:
Pathfinding Improvements
During the past day, I have been working a lot on fixing up pathfinding in general, both for PvM and PvP combat. A lot of overall tweaks and improvements have been applied. I'm sure it's not perfect yet, but it should be a lot less clunky than before. A few things that have been looked at are as follows:
Please understand that pathfinding and following overall is a very complex thing to get a grasp on and understand so there's a lot more to it. I urge you to keep reporting things that you feel aren't quite there and have understanding for the fact that I'm putting all my energy into perfecting this aspect of the game for you.
Chambers of Xeric

Fixed the bug with CoX which allowed you to loot the chest multiple times. Every CoX item has been wiped due to this. Those who received items prior to the bug can message me and I'll back-track through the logs and re-imburse you. Same goes for those few that got ancestral pieces from super mystery boxes. Sorry for this hiccup and the issues it has caused. 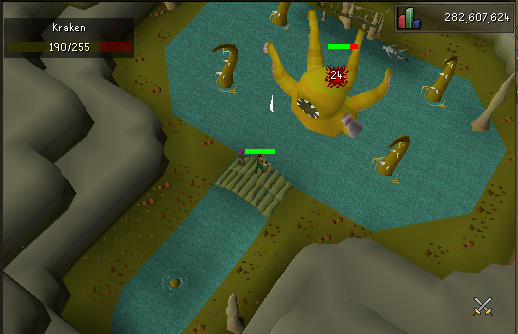 I hope you will enjoy, and thanks for your patience!
Best regards,
X

Great updates my man! Keep it up!

Love the updates - back to the grind of COX now